In 2015, Annie Kelly and Hazel Thompson addressed a worldwide issue for The Guardian. Their article attracted people’s attantion to tragic stories of Filipino women workers around the world, and was read and shared for thousands of times(1). The main characters of the article are Marilyn, whose family has been told that she was dead after twelve months of search, and Terril who has attempted to suicide and become successful at second time, who are not first or last Filipinas leaving their countries to work abroad and not coming back. Lastly, a Filipina found in a fridge last year in Kuwait is a warning to us: We are still at the beginning of humanity’s long way(2).

Filipino people first began to work abroad in 1974 with the implementation of Labor Law that allows labor export to foreign countries. The main motivation of the law was to stabilize the flactuation in economy which was affected by oil crisis (3). Today the employement rate is not high in the country and it is common for women to work as sex workers.

Filipino workers are today being hired in over 190 countries. Their first stop is generally oil-rich Middle East countries like Quwait, Qatar, UAE because they earn more compared to other countries. The number of Filipino workers only in Quwait is around 250 thousands. The other countries they prefer to work are the UK, South Korea, Singapore, Italy, Canada, China and the USA. In time, women workers has become preferable to men by their reputation at household and nursing works. Moreover “Filipina houseworker” has become a stereotype that we suppose IR Professor Robert Kelly’s Asian wife who came into the room during his interview as nanny of the children(4).

Filipino women workers’ stories seem like as far as continents and oceans to us. However they are closer as a couple of streets because one of the countries they prefer to work is Turkey. People living in Ankara may come across them in an Ulus-Esat dolmuş or at Nenehatun Street on sundays. Filipinas community is not big enough yet, but they work at various jobs here in Ankara. The most common job for them is babysitting as they speak English. Speaking English is an asset which makes them more preferable than Uzbek babysitters in Turkey.

The government of Philippines has no bilateral agreement upon labor force with Turkish government. Nonetheless this does not stop Filipinas coming to Turkey. At first, they considered Turkey as an obligatory destination or a bridge on the way from Middle East to Europe. After a while Turkey has become an attractive country for Filipina workers by being safer than Middle East countries and also having a babysitting industry dominated by foreign nationals. Their first choice is İstanbul. Ankara comes second in the list.

Places Change, Problems Do Not

Filipino women workers are subjected to the same problems with other migrant workers face with. Heavy workload, unrealistic work hours, malnutrition, low wages, emotional abuse, passports taken away by the host and sexual harrasment are included to these problems. Apart from this, they do not have privacy and most commonly are not allowed to go out of the house. They face with such problems mostly in Arab countries. Even some diplomatic crises can arise between those countries and Philippine government. However to not mislead you it is crucial to salute three Filipino women -Judith Daluz, Nena Ruiz ve Natalicia Tracy- in the US, what they had to face with cannot be underestimated(5).

Almost everyday a new story about Filipinas appears on the Internet. The situation is not different than other countries in Turkey. In our country they may experience various negative circumstances. Although they are hired as babysitters, they can be forced to do domestic works like cooking, cleaning and so on. Additionally, they are expected to make emotional effort on the household. Sundays are generally off days, but some hosts may not allow their workers to use their off days. Mostly they can visit their families in Philippines with long periods. The circumstances change from house to house due to the lack of a standard contract protecting Filipino workers’ rights.

The situation on organized movement is different from Turkey around the world. Filipinas women are the pioneers of worldwide organization. They have been carrying various organizational movements on successfully in the countries like the US or the UK since 80’s. Kalayaan (meaning “freedom” in their language) in England, United Workers Association with 3 thousands members from 30 countries, Filipina Women’s Network in the US and Filipino Advocates for Justice are among these organizations (8). All of them basically demand and struggle for respect and human dignity.

In summary, Filipino worker women have a crucial role on feminization of migration by working in the sole industry to open them other than prostitution. The whole process is more complex than the framework I draw here. It should be evaluated with the impact of neoliberal policies, commodificaiton of domestic work and increasing labor demand. When we look at the Filipinas workers problem from our country today, we can see a similar situtation comparing to other countries, however there is not enough attempt to solve it yet. We should not wait for more serious incidents to become aware of the fact that “women, migrant, worker Filipinas being exposed to abusement and discrimination” lies under the dream of “joyful, hardworking and discreet Filipinas workers.” 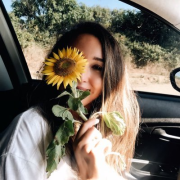 From Turkey to the World: Fancy Women Bike Ride

I saw it in a tweet, it was talking about the most beautiful Turkish invention that spread to the world after yogurt. The Fancy Women...

From Ulus to Yenişehir, from Yenişehir to Tunalı

When the republic was founded in 1923, Ankara was a small city with a population of only 20 thousand. In the construction of the city,...