I saw it in a tweet, it was talking about the most beautiful Turkish invention that spread to the world after yogurt. The Fancy Women Bike Ride started in 2013 by a group of women from Izmir, who wanted to draw attention to World Car Free Day with their accessories and decorated bikes. Since then it has been expanding each year to different cities. This year on September 22 in the world and at the same time thousands of women will be a total of 120 cities in Turkey will be pedaling to make cities more livable.

Smell the Perfume Instead of Exhaust

The fundamental logic behind the Fancy Women Bike Ride is that every year, on World Car Free Day, women wear accessories and ride their also accessorized bikes from one designated spot in the city to another. Its aim is to increase the visibility of women and to facilitate their claims in the public sphere. Another aim of the event is to encourage women to use their bicycles more in cities.

Not only women, but also men can participate in the Fancy Women Bike Ride, but on one condition: they have to be fancy! The gentlemen with sombrero and elegant suits are expected to support the tour. Those without bicycles will be able to rent bicycles from Delta Cycling in Turkey at an affordable price for the day of the event.

Since Fancy Women’s event is held on the World Car Free Day, it is also part of the European Mobility Week. Mobility Week is going to be celebrated in Ankara with a series of events supported by the European Union Delegation to Turkey and General Directorate of EGO (Directorate of Electricity, Gas and Bus Operations). Besides mobility awareness activities: bicycle tours, concerts, film screenings, and competitions will be organized. On the World Car Free Day (22nd of September) Bahçelievler 7. Cadde and Tunalı Hilmi Street will be closed to traffic.

The most exciting activity of Mobility Week will be the Great Ankara Bike Tour. The tour will be attended by the Mayor of the Metropolitan Municipality Mansur Yavaş, the President of the European Union Delegation Christian Berger and the ambassadors of various countries. At the end of the Fancy Women Bike Ride, those who wish may join to the less fancy but still great bike tour!

In addition to the beautiful activities that aim to ’mobilize’ September, there have been some good developments in the city for bikers. A 56-kilometer bike path will be constructed by the Metropolitan Municipality, which would include support to the infrastructure in subways.

Lavarla was invited to the European Mobility Week Meeting and in that meeting, General Manager of EGO Nihat Alkaş stated that their aim is to make Ankara a “people-oriented city” and they applied for various grants to create funds for this purpose.

With the excitement of all these beautiful developments, you are invited to the to take the Fancy Women Bike Ride. The group will depart from Anıtpark on Sunday, September 22 at 15.00. If you have any questions, please contact the Pedaling Women, the organizer of the event in Ankara.

Translated by Jeyan Idil Aslan
This article is also available in Turkish! Click here to take a look! 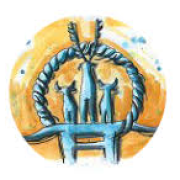 Traces of Germany in Ankara

Ankara and Berlin are more than 2,600 kilometers away… Still, there is something familiar between the two cities. This is perhaps a state of emotion...